Powell River’s outrageously successful skateboard/bike park was opened in March 2015 and has had a super positive impact, judging from the happy faces of kids and adults alike that you will see there throughout the year.

The Park features a sweet mix of jumps, ramps, wall rides, fun boxes, lifts, lips and landings, transitions, and pump tracks (yes TWO of them) including the First Ever Concrete Poured Pump Track in North America!

It is truly a recreational centre-piece for the community of Powell River, and Powell River Cycling Association played a pivotal role throughout the process of making it happen.
We are thankful for all the support including the City Council, The City of Powell River but especially Powell River Community Forest, the major funder for the entire project. 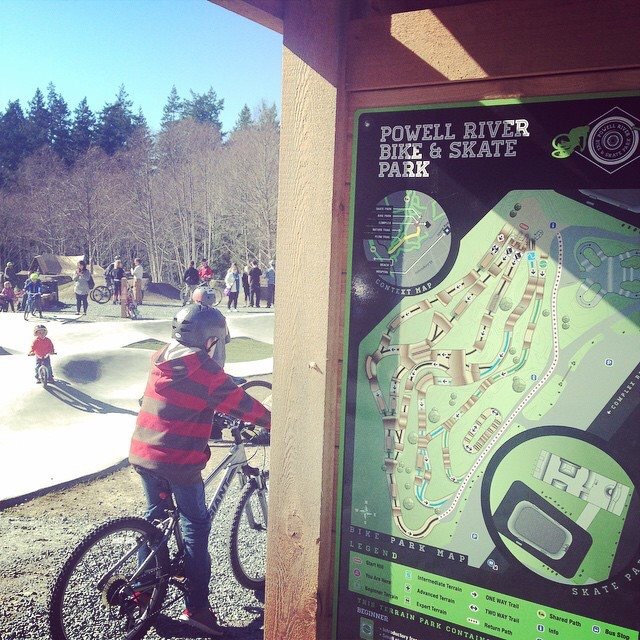 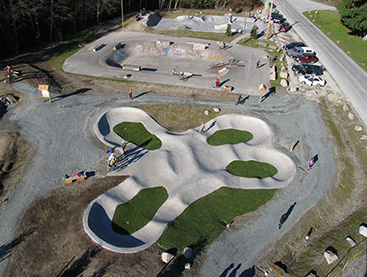 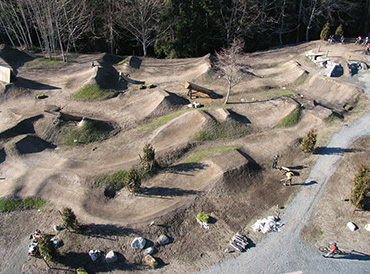 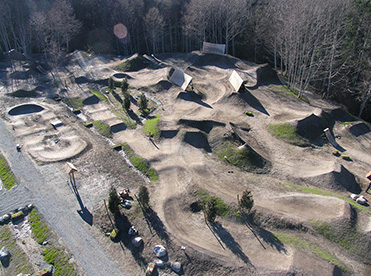